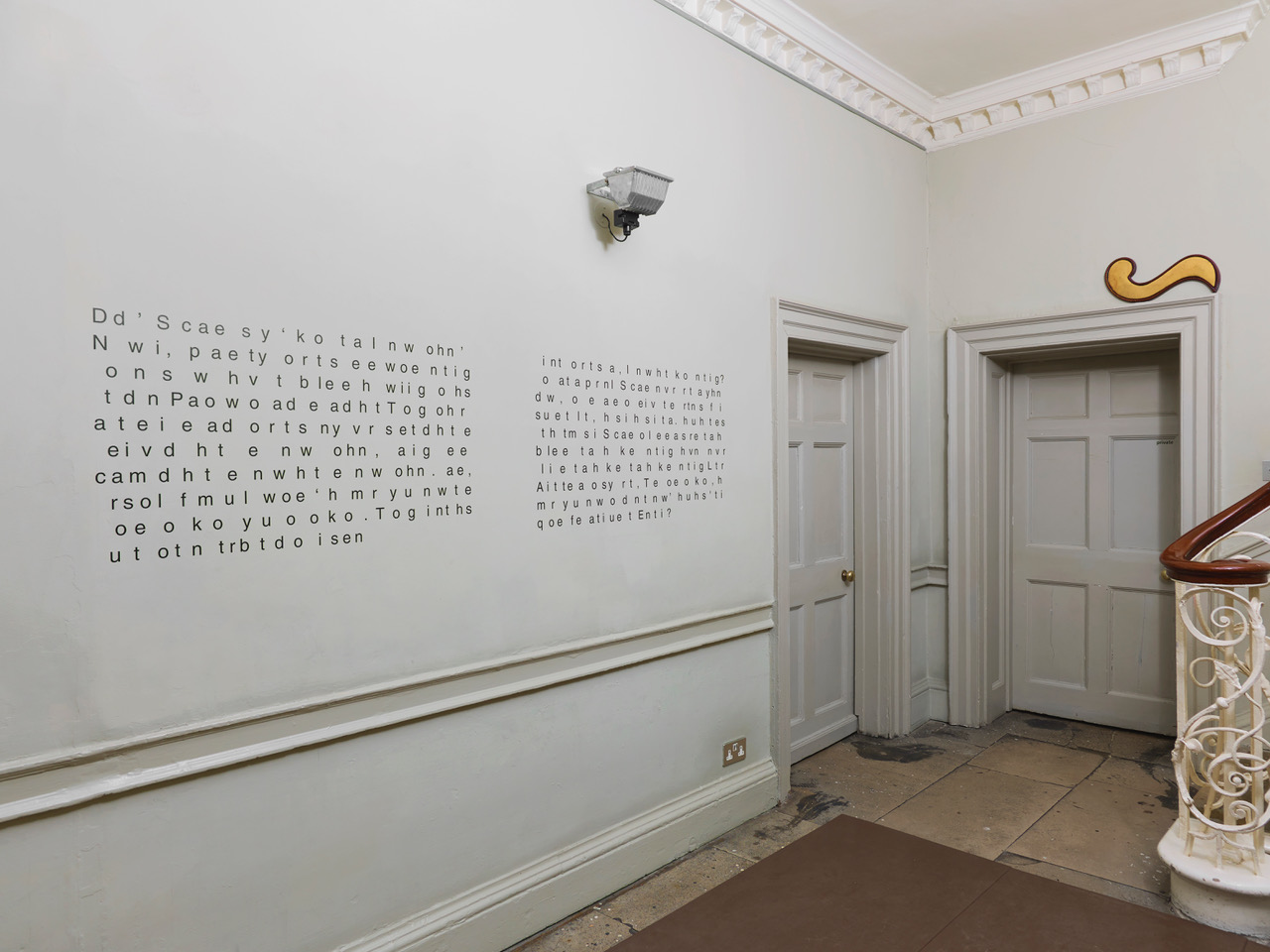 (image: Nicky Hirst 'The Electorate', 'Half Listening' paired vinyl lettering, 56×220cm 2020, on left and 'Swung Dash' fabric and plastic, 26×46cm 2020 on right, installation photography by Andy Keate; press release and list of works as a pdf)