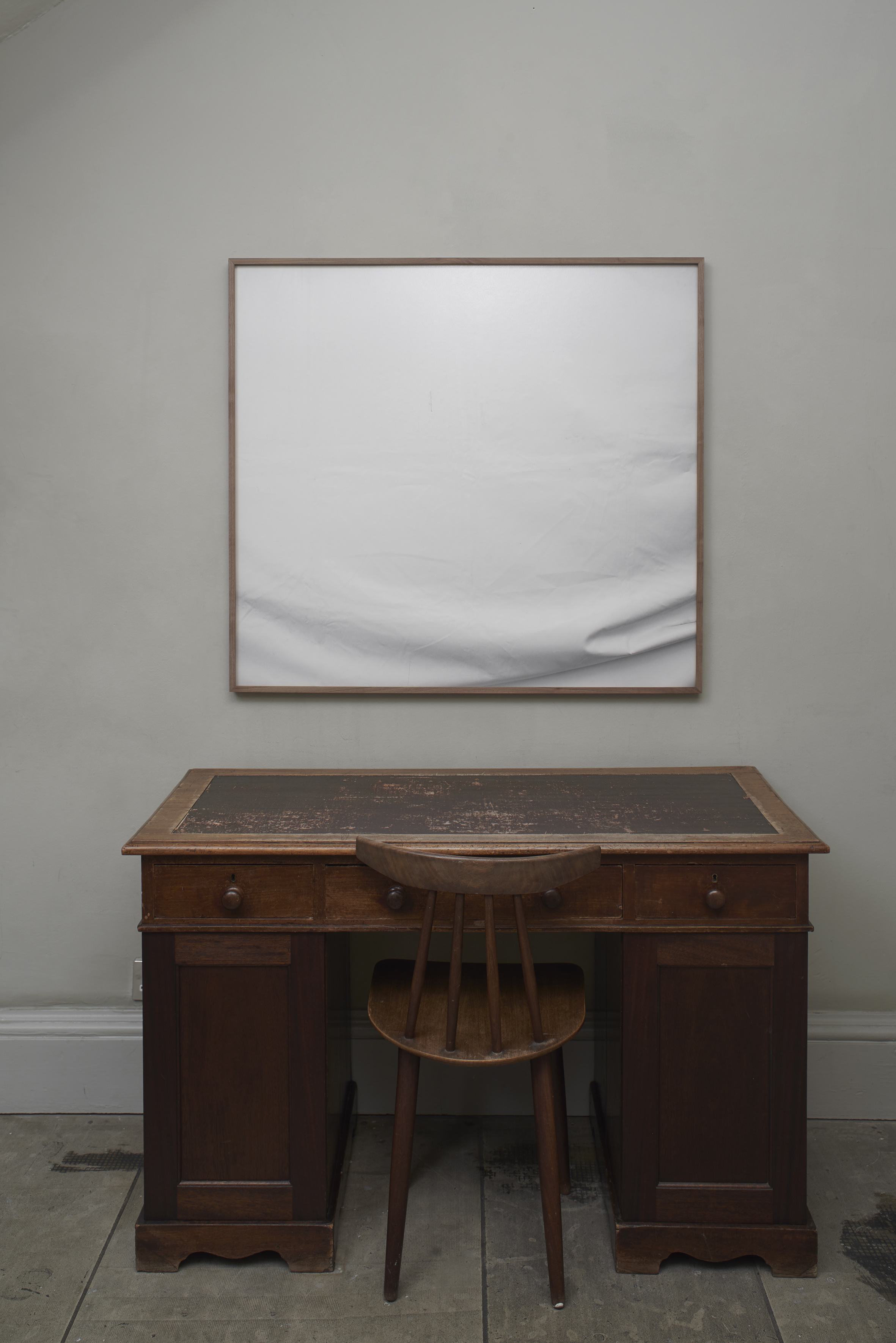 Domo Baal is proud to present 'Inscriptions IV', Ailbhe Ní Bhriain's fourth solo exhibition in the gallery. The exhibition includes photographic, tapestry and sculptural works. During the course of the exhibition, on Thursday 5 March, the Whitechapel Gallery is hosting a screening of Ní Bhriain's 'Inscriptions of an Immense Theatre' (2018) alongside a selection of her other films. After the screening Dr. Sarah Hayden (Department of English, University of Southampton) will be in conversation with the artist and also with Susan Stenger who composed the sound for 'Inscriptions of an Immense Theatre'. This event has been curated by Gareth Evans.

Key to Ní Bhriain's work is its ability to draw disparate elements into unexpected dialogue. This is most often encountered through immersive film installations, in which she combines imagery from multiple locations to conjure worlds of dreamlike hybridity. In 'Inscriptions IV' we encounter motifs from these films as they evolve into a series of new material and pictorial relationships.

Central to this exhibition is a large–scale Jacquard tapestry, pairing early colonial portrait photography with imagery of excavated quarry walls. In this striking work, Ní Bhriain appropriates a familiar form of representation and reconfigures it, alluding to an encoded cultural loss. Nearby, a large mask–like image confronts us from a dark background. Created through the layering of multiple AI generated portraits, this spectral presence echoes the process of machine–learning to form a distillation of AI’s unsettling strangeness. Elsewhere, a small collage includes a detail from Gian Lorenzo Bernini's sculpture 'The Rape of Proserpina' (1621/22), depicting the abduction of Prosperina by Pluto to the Underworld. This reference resonates with surrounding works, in pointing to the dark fantasy shaping our construction of the ideal – be those constructs and ideals imperial or digital in origin. Throughout the exhibition Ní Bhriain borrows and connects in this way, combining aspects of Orientalist photography, Irish landscape, Assyrian artefacts, Victorian specimen collections, early computing technology and AI generated imagery, to form an evocative narrative of associations.

The exhibition's title derives from the earliest known museological writing in the western world – Samuel Quiccheberg's 'Inscriptions or Titles of the Immense Theatre' (1565), which details the practice of museums and the organisation of the world's objects into classes and subclasses. This was essentially an instruction manual for the creation of private collections, with an explicit Western imperialist agenda. Ní Bhriain's work since 2017 has made reference to this text, as she constructs an enigmatic visual vocabulary to explore the relationship between systems of representation and cultural control.

Ní Bhriain's work has been acquired by the collections of Arts Council of Ireland, Trinity College Dublin and the Office of Public Works Ireland.