Bob Matthews & Mark Monaghan: 'There is another World' 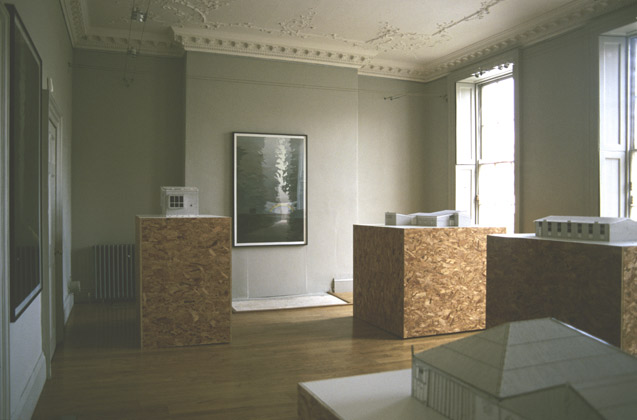 Why are the works of other humans so hard to understand? We apprehend them trusting to our sensuality like romantics, and at the same time framed by our intellect with all the reading about meaning we do: and then at the same time nailed to the customs and taboos that we call community, and at the same time again with all our tiny superstrings vibrating with a transcendence known only to ourselves: well it's multiplicitous. It's life. No man is an island, we say. We tell each other that we are parts of a huge global family, riven by sibling rivalries and manipulative parenting, perhaps, but a family for all that. But then why are we not islands too? Islands are the visible tips of the planet's crust, a continuous undulating surface on which the ocean swirls and spills, pulled by the moon and bothered by the rotations of the globe. The ocean is not what separates us, to contradict Donne's four hundred year old metaphor; it is what connects us. It could stand for everything it could be the turbulent swell of impressions and meanings and conventions and revelations we have to swim in if we want to make sense of what anybody else does.

Confronted by the strangeness of art, we can try to make the most of this wilderness that separates and connects us. To engage with the deluge. Thoreau framed humanity and nature as the same thing. The bog of our brains and bowels was what he called the wilderness – what we land animals, perfumed and imbued with culture, now see as virtual. You need your native wits to swim in it. You need it all, perception as well as interpretation, history as well as memory. What happens when you close your eyes and think of something? No, not England – when you think of a thing: a snail maybe, or a new pin, or indeed one of these images; Try it. Once thought, the flesh of the image immediately begins to dissolve like the clarity of a dream on waking. After a few seconds a dizzy vacant space is left, and it lingers supported only by the strings of mental effort. But if you give it some movement, free it into the wilderness – and is that what a fantasy is? – The image can be sustained. The snail can move down the wall, leaving its trail and waving its stalked eyes around like an insect. And join you on the island.

Paul Shepheard is a writer living in London. He is qualified as an architect but since the publication of 'What is Architecture?'' by the MIT Press in 1994 has gradually shifted the emphasis of his activities to writing and lecturing. He has two other books with the MIT Press, 'The Cultivated Wilderness', about landscape, 1997, and 'Artificial Love' about architecture and machines, 2003. 'How To Like Everything, a utopia', was published by Zero Books in July 2013. 'Buildings: Between Living Time and Rocky Space', was published by CIRCA Press in October 2016. He has taught at the Architectural Association in London, the University of Texas at Austin, the Academie Van Bouwkunst in Amsterdam and Artesis, Antwerp. More details at www.paulshepheard.com.