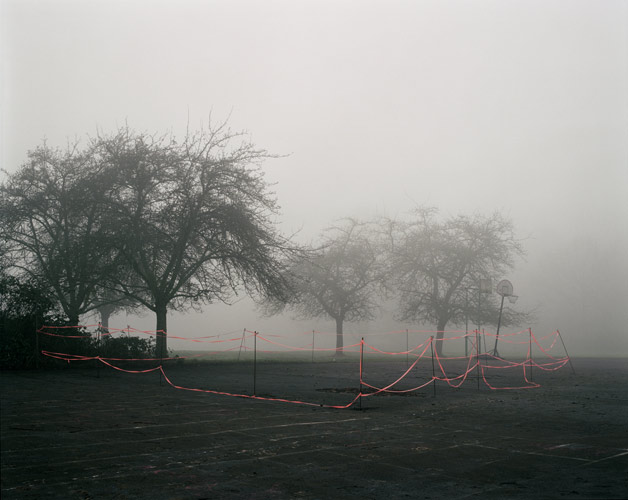 'The camera does lie, all the time. It has to.'

DOMOBAAL gallery is delighted to introduce the work of Siân Pile. This is her first solo exhibition, offering a glimpse into her practice.

Siân Pile conjures a world that is half dreamt, images based on the notion of interior landscapes. The work describes moments that emanate outside the regular flow of time, a sort of no-man's land. A place where time stops and images occur, in the gaps between the known and the unknown. Everyday occurrences, personal life become the basis for an exploration into the relationship between the act of seeing and memory.

Photographs have a particular power over reality, enacting rather than acting for experience or memory, creating such a convincing mirror of actuality that can often supplant real life. The photograph exists because something was there – it authenticates experience becoming a metaphor for veracity. There persists in this process the sense of photography's ability to be so undeniable that language cannot negotiate with it, cannot belittle its evidence.

This exhibition will focus on a selection of photographs from 3 ongoing series:

The Playground, The Beach, The Walk, The Sand Dunes (2006) are a series of images that operate in the half open space between the private and the public: observations of the mysterious undercurrents of personal life. Siân Pile plays with the tradition of family photographs as being evidence of what once was, recording sites where familial events took place – the scene of an argument perhaps, of anxiety or grief. The result is a study of absence, of landscape as memory. They operate like dreams, editing and replacing actual experience. There is a gap in the narrative, something remains undisclosed.

In Glass House (2005–7) the viewer is enclosed within constricting boundaries, in this case glass. The absence of any horizon introduces an abstract quality. There is an underlying sense of decay and corruption, which sits uneasily alongside the ephemeral beauty of the butterflies and the lush vegetation.

Undergrowth (2007) presents a series of images depicting a bleak world devoid of colour, a monochromatic loss of self. The magical alchemy of the early platinum process facilitates a sensuous description and detail, allowing for history and memory to seep into the images. It stubbornly disallows the modern, returns the image to a period before colour. Depicting a landscape embedded with personal resonance that is anonymous to the viewer. The Undergrowth series sets up a spatial ambiguity – there are no markers or pathways through, no horizon, no view.

Siân Pile grew up in North Wales and received her BA at Goldsmiths in the 1980s. In 2006 she graduated with an MA in Photography at London College of Communication. Siân Pile lives and works in London.

With many thanks to Mark Darbyshire, Dr. Sarah James, Paul Caffell of 31 Studio, Stroud, Gloucestershire and Stephen Pile.

An essay by Sarah James on Siân Pile's work has been written for this exhibition.

>Sarah James' essay 'Photography: between the known and the unknown' pdf