Stuart Brisley: Homage to the Commune 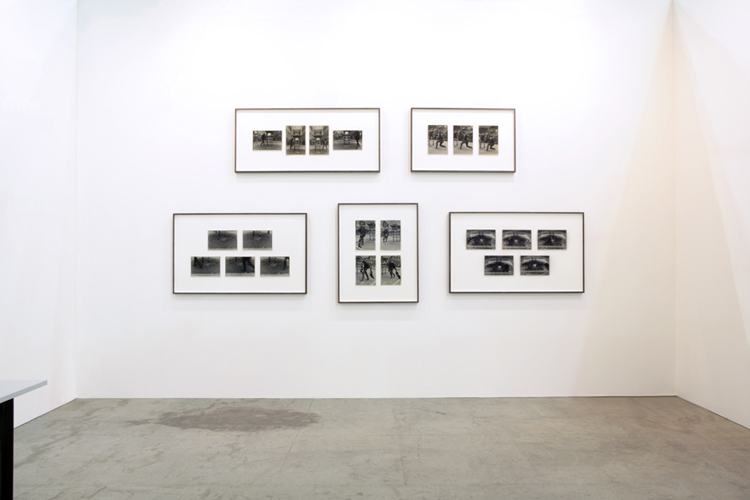 'Homage to the Commune' took place in the Galleria Vittorio Emanuele II, Milan, Italy as part of Arte Inglese Oggi (1960–1976) an exhibition organised by the British Council and the Comune di Milano at Palazzo Reale, Milan from February to March 1976.

All art at one time or another involves 'performance'. It is an essential element in the process of making or doing. tThe term 'performance' however is properly understood to signify a general theatrical condition, which is inappropriate to visual art. When applied to visual activity in process, in public (performance art), it is commonly assumed that what is so named is a 'theatrical' art, a kind of mixed art of visual and theatrical elements, and which has therefore only a tangential bearing on the condition of painting and sculpture etc.

In this way the use of categorisation serves to deflect a real challenge to decadent and seemingly apolitical artistic habits e.g. professional specialist attitudes towards painting and sculpture related to the market etc. It defines a set of terms within the context of art, thereby establishing yet another level of conformity to support the notion of the separation between art and politics, a political act in itself.

Performance has a more appropriate definition in relation to visual art – to carry out duly: to act in fulfilment of: to carry into effect (Chambers 20 Century Dictionary).

It is this aspect which brings the term into focus in relation to 'art', and more precisely into focus with the notion of the public revelation of process stemming from, and being part of the initial concept. The essential basis for the public exposure of process must have a political aspect in the sense that it must be consciously directed towards other people at specific times, and in specific places. It must involve a concept to do with others. The initial concept cannot be realised, until it itself has been overcome, transformed by others with a collective concern, through the public process. It is not an easily defined activity, and therefore resists categorisation. It is not concerned with a kind of mixing of categories for art's sake. Rather more it appears to be a non–alienated organic state, a total condition leading from the initial concept, through process on context, determining a necessary inter–functioning of conditions – art process, social context, political consciousness, collective action.

it is true that this creative collective statement is rarely achieved. But without such an intention the activity decays to become one of the more obvious aspects of decadent individualism, no more or less significant than other activities which have not transcended individualism to become common.

It is no longer possible to conceive of this as a personal activity. The initial concept may arise through one person but it is very quickly modified, and transformed through collective involvement which is critical. Each person assumes a role and set of responsibilities according to his/her understanding of the activity. These interactions of abilities continuously readjust themselves according to circumstances. The activity itself is capable of being transformed through many stages in relation to the initial concept–contextual circumstance, and collection action."

>A contemporaneous text by Sharon Behr on Stuart Brisley's 'Homage to the Commune' performance in March 1976. (8 pages)