Lee Edwards: Fibre of Being 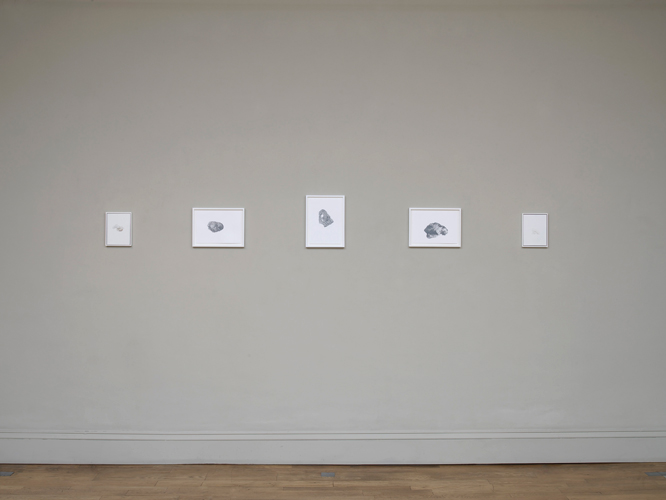 Domo Baal is delighted to present Lee Edwards' second solo exhibition in the gallery 'Fibre of Being' consisting of three drawings and two paintings. Observed from life with Edwards' usual scientific curiosity, these works are drawn or painted as specimens, or even as pieces of evidence from an incident. The action has already taken place and now there is an attempt to grasp the weight of personal experience contained within these remnants.

Plucked out of familiar context, estranged from recognisable background, absent from the user, they exist on their own terms. The relationship to their owners is suggested only through one–word titles.

Deep psychological investment is evident within the works: dressing, sex, bodily fluids, upset – each as ubiquitous and quotidian as each other. At the same time, through the act of obsessive and diligent scrutiny, these five works represent a direct response to intimate aspects of the personal.