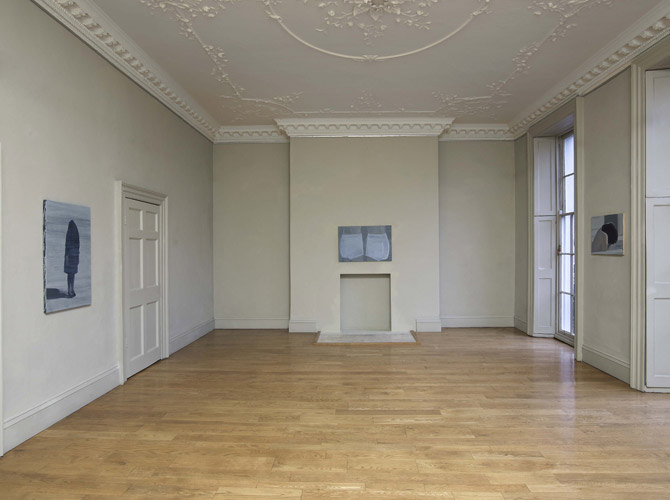 It is over, to begin with. There is no doubt about that. As she sits slumped on the uncomfortable chair and the big blank windows stare down behind her, there is no doubt about that. A distant thunder sounds around Penny Gray, but when she halts the drumming of her fingers, it stops. She looks down at her hand, its finger spread across the spattered floorboard. Her eyes fall on the well–thumbed pages of a magazine, open at the story of a missing girl. The story's images have been cut out and in the place of the illustrations, the words on the proceeding pages show through.

"I had been on the beach that day, sketching portraits of the swimmers and sunbathers. He was male, middle–aged and about 173cm tall. He was a very thin–faced person, that was all, so I just drew a very thin–faced person, nondescript. He declined to purchase the sketch. I watched him leave. He walked with a lean and looked as if he were a little drunk. He wore a brown hat with an unusually wide brim, a grey checked sports coat, and brown trousers. At the time I didn't realise the girl would never return. But like I told the police, even if I had known how important the image would become, there was nothing more I could have added to it. He was just a thin–faced person, that was all."

It came back to her now, in soft cinematic flashes: the little events that had made up her life before. That morning in the cold basement, the two of them standing side by side gently shivering in vests before a navy sea of freezing rubber slabs laid out in preparation for cartwheels, handstands and flying angels. Of how instead they had crept out of the never–used fire escape, to sit on metal spiral stairs and smoked cigarettes with Mr. Winters, the rings of the iron leaving marks on their skin. The old man had told them how he was nearly blind and how he hadn't been able to make out anything other than the outline for 30 years. And she had looked around her, at the crisp shapes and colours, and the details dancing within them, then shut her eyes and remembered earlier than that.

Circling blindly around the garden hunting out the hiding places of her hundreds of sisters (or so it had seemed), who tittered and shook in the bushes.

She opened her eyes and felt sorry for the old caretaker.

She opens her eyes and looks around the room. It was over now. There was no doubt about that.

She closes her eyes again, scanning the open pages of the past and smiling as she recalls how easily she had broken from it. Slipped away without a word to this room that was so far from anywhere it wasn't worth trying to describe where it was.

The spiral staircase had led to the roof, where stubborn seeds had implanted themselves in the hot, bubbling tarmac and somehow found ways to grow into strong upshoots of life. They swayed gently in a wind that worked a tornado out of her hair and she had stood and looked out over the city, as comprehensive as mathematics. The sounds of the school punctuated the silence. The barked orders of classroom attendants, and the regimented shuffling of paper and pens. And she had noticed how the rhythm of them had not matched in the slightest the insignificant buzz of toil going on up here. The circling bluebottles and fluttery butterflies and in a moment she had grasped just how expensive this freedom was going to be.

The past is different from the things she sees now. Clear, crisp images. She giggles at the contradiction of how things turned out. How the freedom she had sought had not led to gallivanting and rooftops, but to a tidy solitude in this whitewashed room. This room is what her life looks like now. This room and the things in it. Things which tell her in somnolent tones just exactly how much of what is happening. And even this simplicity sometimes is overwhelming. If she scrutinises things long enough, eventually a part will untangle and she will marvel at the one rebellious strand of flyaway hair, upsetting what only this morning was a pristine 'do. And again she will think of freedom, a freedom long since paid for and whose cost (as she secretly knew it would) turned out to be negligible.