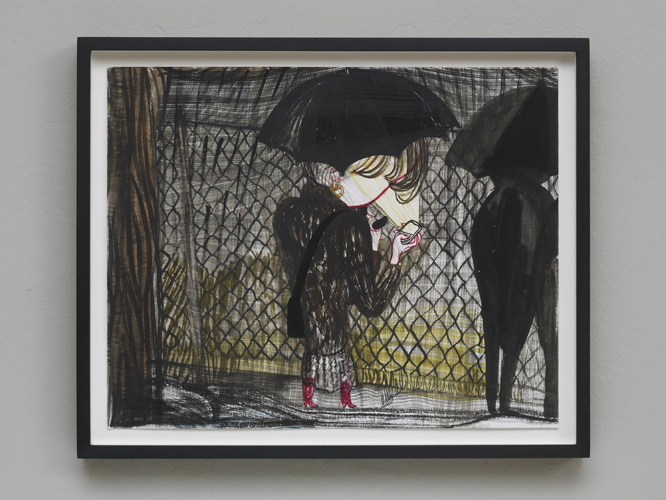 (image: Emma Talbot 'You're With Me When You're Not With Me (Texting)' gouache and watercolour on paper, 24×30cm in a hand–painted matte black frame, museum glass, 28×34cm, photograph by Andy Keate)