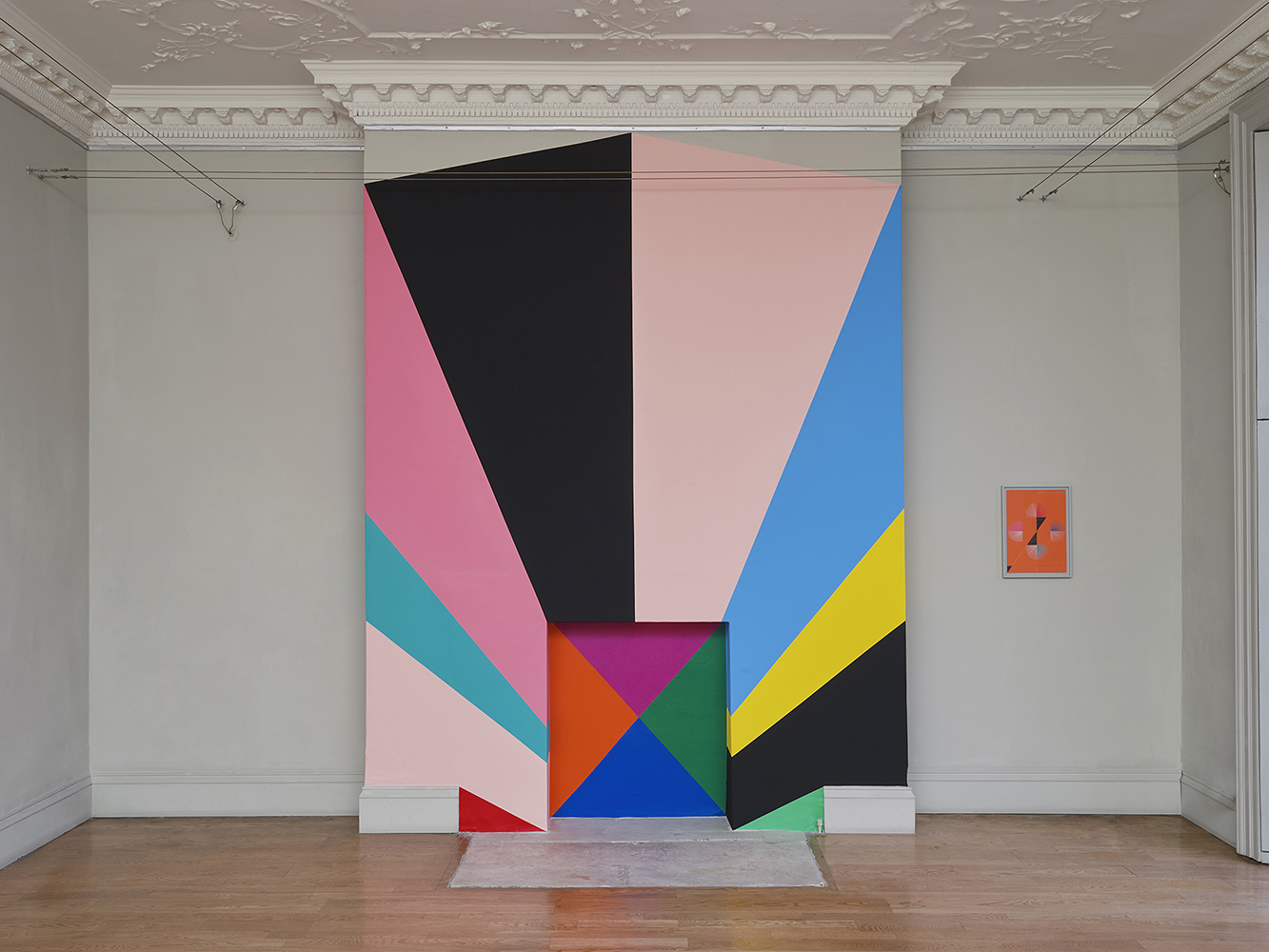 "The view, partially blocked now by tawdry, half–gutted blocks of flats thrown up in some pre–Brexit, post Olympic building boom or other – maxing out the allowable air–rights for development over the rail tracks – had once been panoramic: across to the heights of the then NatWest Tower and the other finance–house behemoths which had later reared up on the horizon above the half–ruined brick arches of the hulk of Bishopsgate goods yard. ('It's like seeing the Alps across Lake Chiemsee', opined a damp–eyed, coked–up Munich gallerist once at the end of an opening, in a feeble though ultimately successful attempt at a poetic chat–up line to manoeuvre Tom back to his hotel room. In the event, Tom had been so wasted he'd spent the night mainly crouched by the toilet bowl on the slate floor of the bleak–but–chic en suite. It had proved far from a turn-off though for the gallerist, who had proceeded to bring himself off by the bathroom door, purring delightedly 'Ja, you squalid, squalid boy'.)"

The redemptive sense of this show's title – with its suggestion of a place of safety and deliverance from earthly woe, finds an echo in the works here: their bursts of abstract space like an opening up of horizons after the closed–in ones of recent months.

Many works do though bear the mark of recent lockdown/s: their smaller size reflecting the domestic–size of the home studio space in which they were made. Even the wall–painting is reduced in scale compared with those usually associated with Götz, occupying the gallery’s domestic–scale chimney breast.

But these are works that are a celebration of the experience of painting as space, beyond the frame and the possibility of dreaming still: their intense blooms of colour like lights at the end of a tunnel.

Götz's work has always had this sense of the redemptive, hinting at other better worlds, ideal visions beyond the day–to–day that reflect his interest in the art and design of the political and cultural utopias of the early 20th century such as the Bauhaus or Constructivism. This is seen most directly in the drawing: 'The house of the worker' inspired by a 1922 dress design by Aleksandr Rodchenko, a work that literally draws on and retrofits the past, using a sheet of paper taken from a vintage Ingres pad.

A more recent past resonates here too: Salvation being the name of a gay club–night which ran in Vauxhall for over 10 years from the late 1990s. The coronas of radiating lines and colours seen in works from the Disco series recall moments of unalloyed joy still possible and still remembered in the drug–induced delirium of clubbing. Like strobes against the darkness around, these are works that take the viewer into an abstract freedom of space.

The exhibition continues through the Spring, towards Summer, allowing all who wish to visit, whether by booking, or turning up.

Visitors are encouraged to book advance appointments by email or phone, while walk–ins are also welcome, visitors may be asked to queue outside the gallery if the space is at capacity in accordance with government social distancing guidelines. Hand sanitiser is provided for visitors upon entry, please wear a mask while inside the building. All visitors will be checked in upon arrival, either using the nhs covid–19 test and trace app, or by providing their contact details. The press release and list of works is available as a pdf below for a paperless visit.

In Summer 2021, a solo exhibition by Lothar Götz is scheduled at the Holden Gallery, Manchester Metropolitan University.

Links to previous solo exhibitions at domobaal, and external site–specific commissions all of which have been extended, and may currently be visited in the UK:

>list of works and press release as a pdf

>Goetzbau with David Gates (2018 and ongoing)

>Composition for a Staircase at Pallant House Gallery (2016 and ongoing)